Kaamanabillu- Nothing Changes Unless WE Change 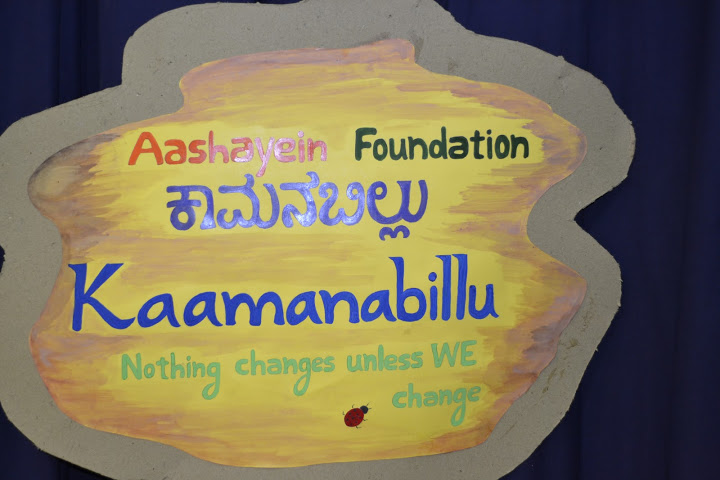 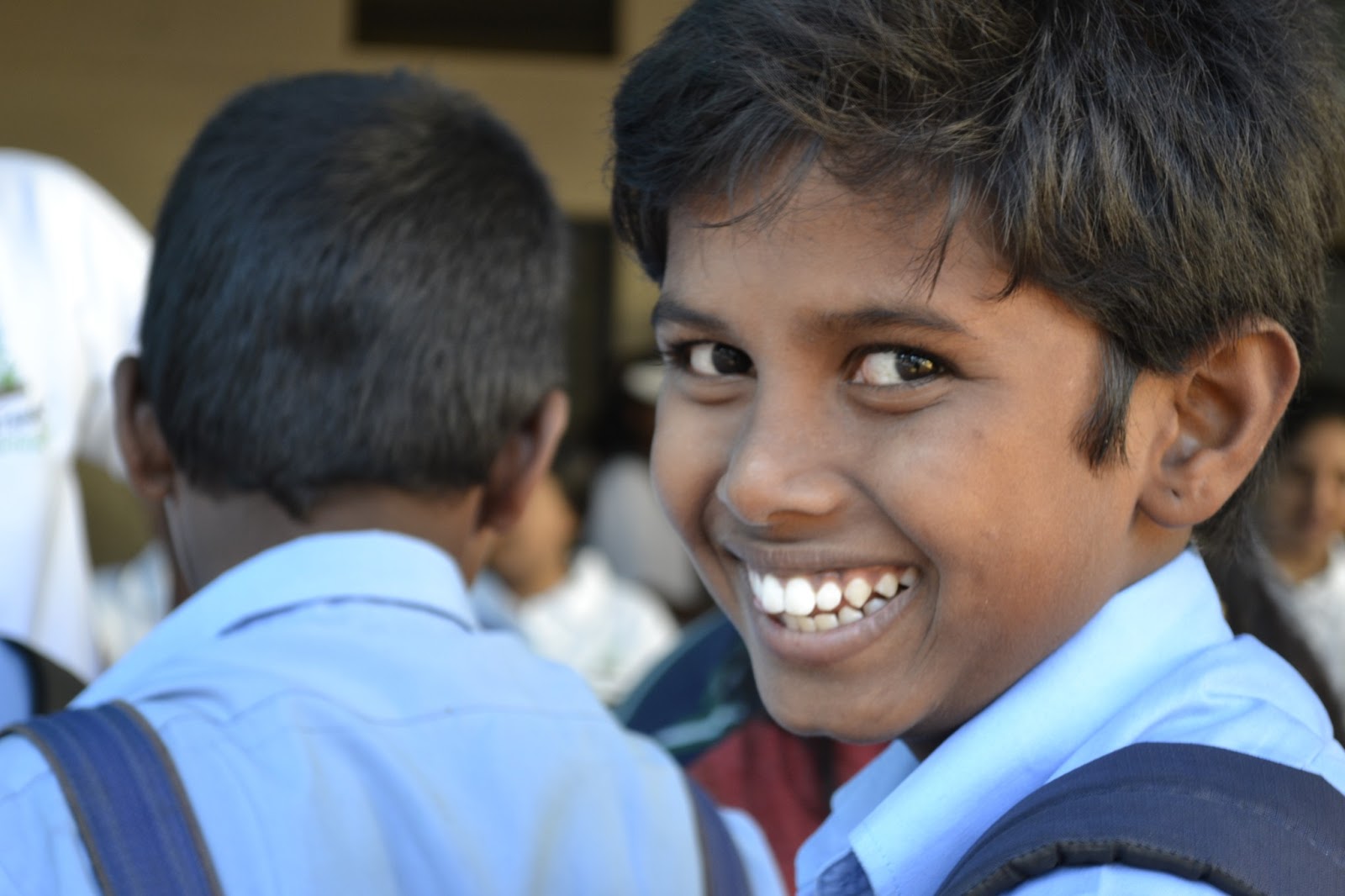 Every year, we at Aashayein Foundation, Mysore strive to make a difference and help underprivileged children have a few moments of pride and joy by organizing “Kaamanabillu”.
This year, we decided to walk for a cause. A “Walkathon” was organised to help create awareness about the importance and need for quality education. Education is every child’s right and we at Aashayein Foundation are just about doing everything to make sure that children are not deprived of it and this event was one such initiative. 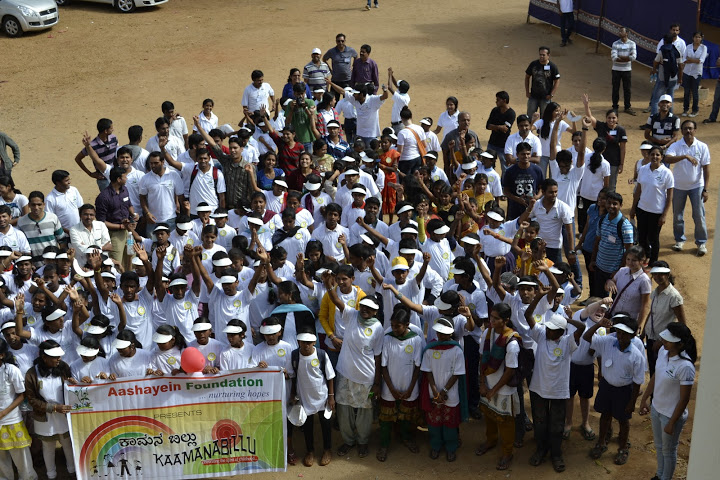 About 150 children from 12 odd support homes gave us the much needed support and their never dying enthusiasm propelled us through the streets of Mysore on a bright but not so hot and humid Sunday morning. The very kind and humble Mr. Basavaraj Malagatti, Deputy Commissioner of Police, Mysore gave the Walkathon a start. 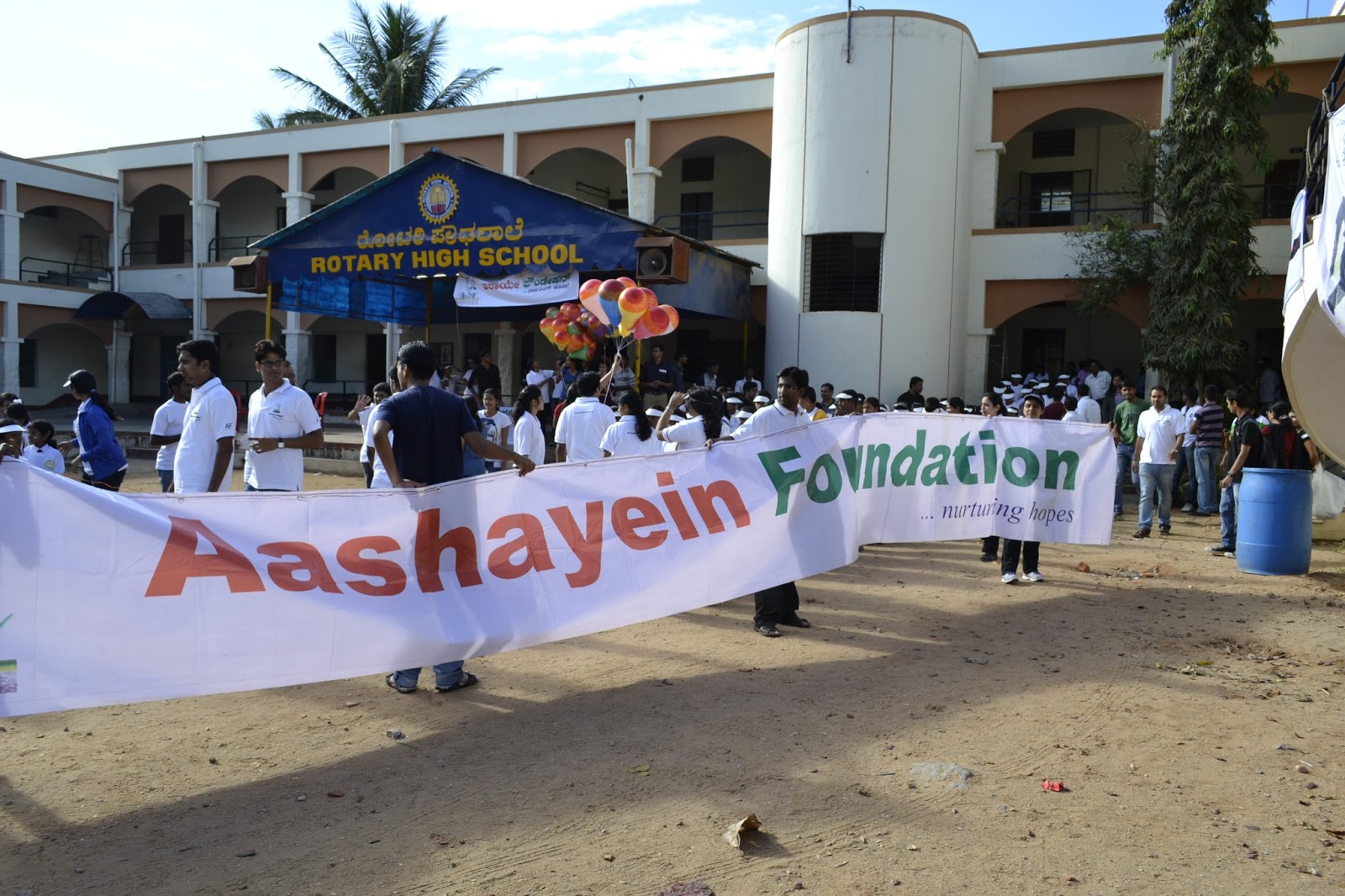 After an hours walk we were back at the Ideal Jawa Rotary High School and the cultural extravaganza began. All of us were left nothing but gasping at the energy levels of the children even after the walk. Unbelievable performances were put up and our hands turned sore, applauding them. A cooperative team of doctors from JSS Hospital performed Medical and Dental Check-ups for the children. 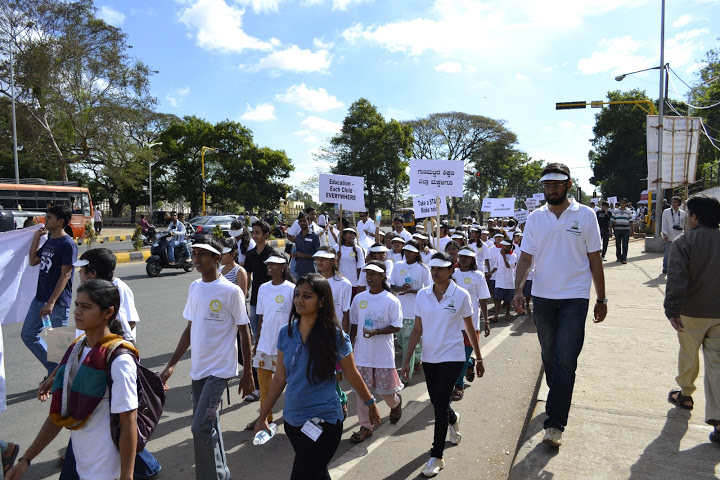 Every support home has its own requirements. As part of Kaamanabillu 2013, we made a pledge to donate to the support homes. The requirements were collected and the donations were made later on the same day.
All in all, the event was nothing less than a great success and thanks to all the volunteers for their participation. We hope to get the continued support. The event would have missed that extra something if the AF Bangalore team had not joined us. Kudos to u guys!! 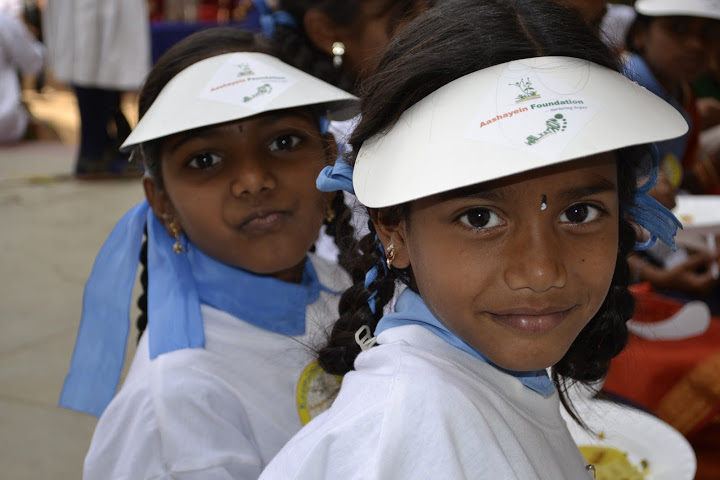 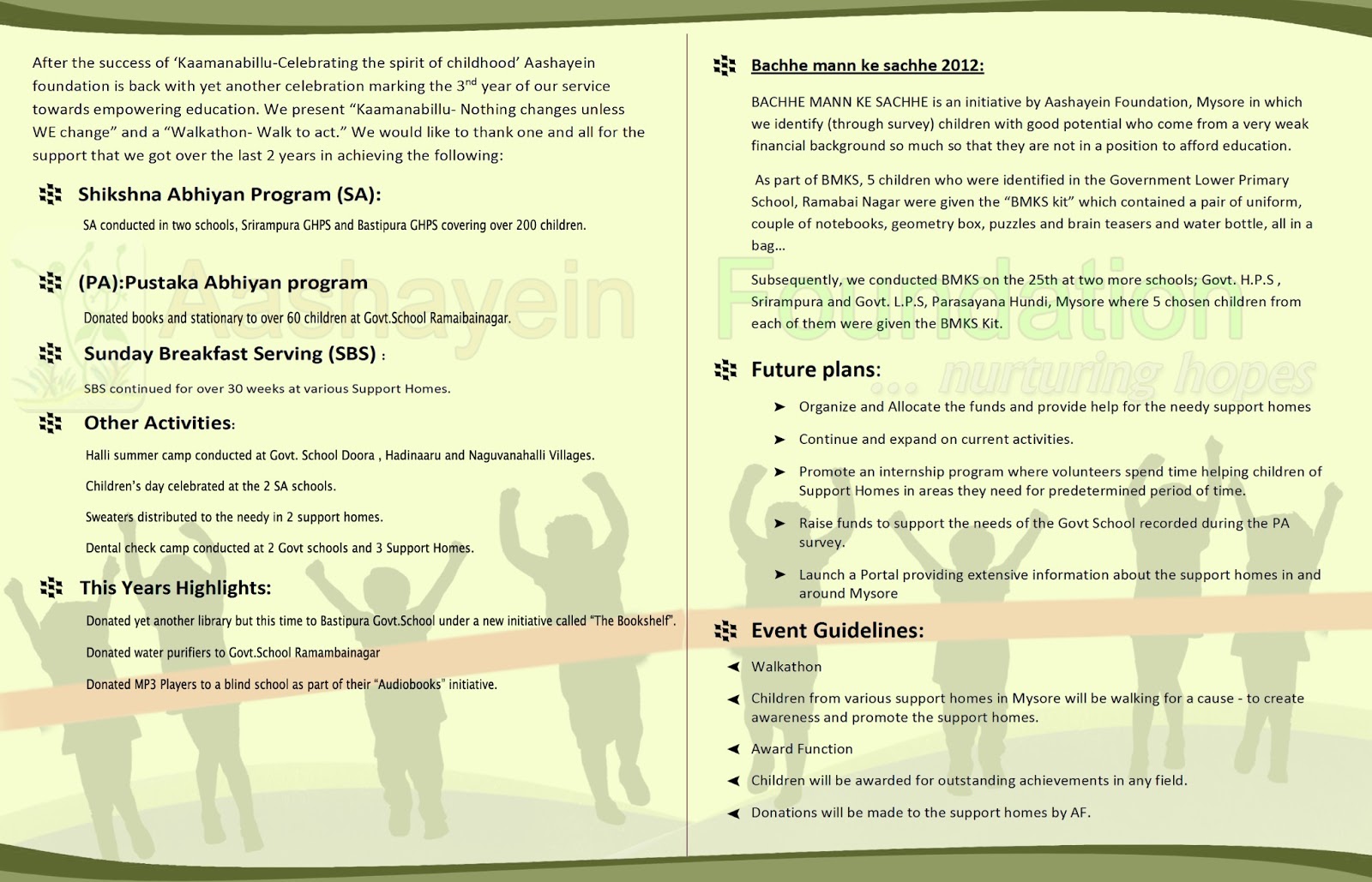 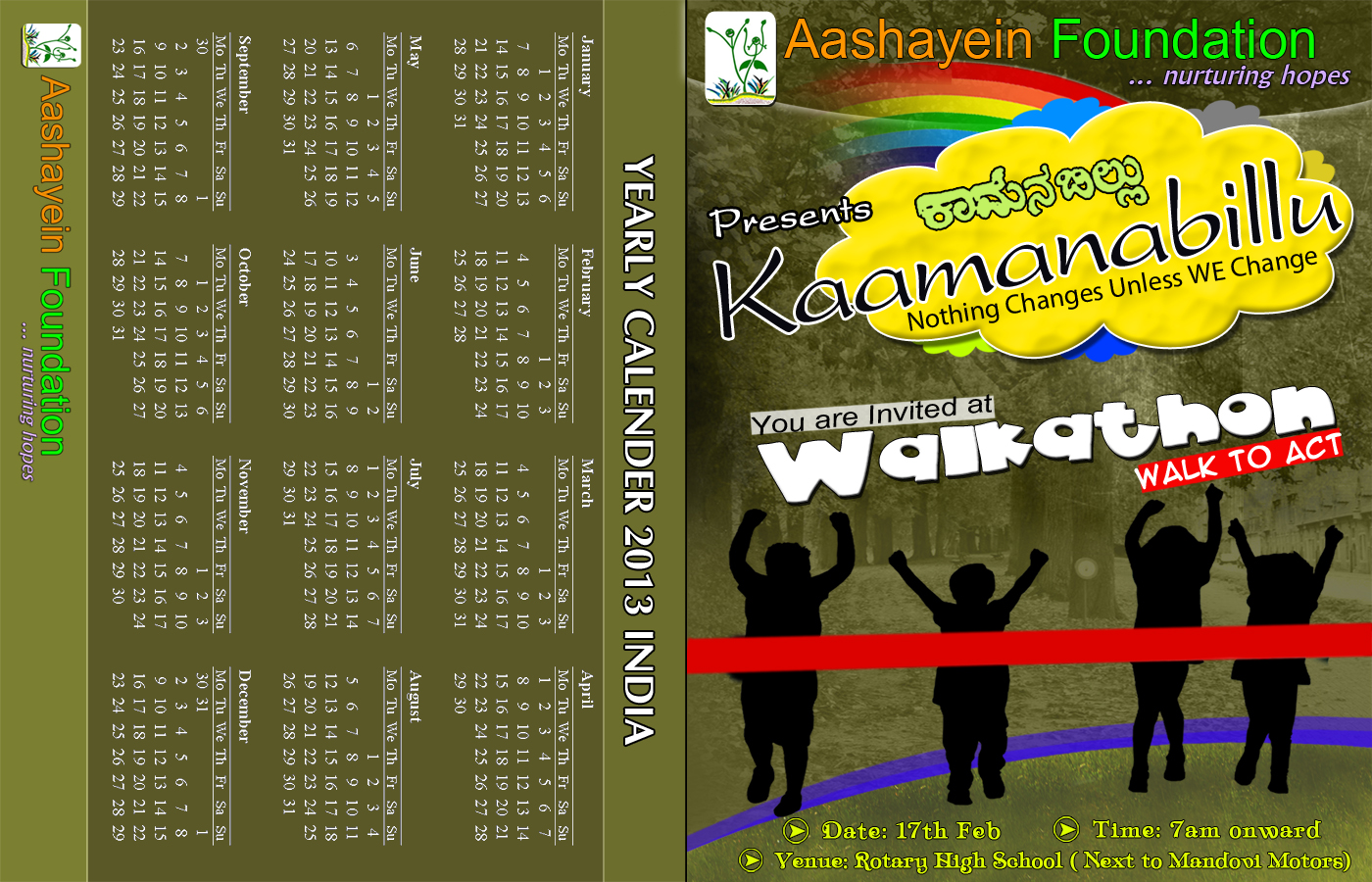 Childhood and curiosity are perhaps synonymous. Curiosity not only makes children more observant but also makes them explore and discover newer things. Inquisitiveness sparks renewed interest in education, instils a sense of adventure and makes the child a confident learner.

Project Bookshelf strives to develop and support this natural inquisitiveness of children in orphanages and government schools in and around Mysore.

Aashayein Foundation is grateful for the team of Oracle Volunteers (Bangalore) for sponsoring the first Bookshelf initiative. The Oracle Volunteers program supports employee volunteerism and works in partnership with nonprofit organizations globally. We are also thankful to the team for joining us on the occasion and brainstorm on the further extensions of this project.

If you would like to contribute books, learning aids, science kits, educational CDs or any other relevant resource (new or used) for the Bookshelf project, please contact Mr.Praveen Hegde at +91 9620069570. 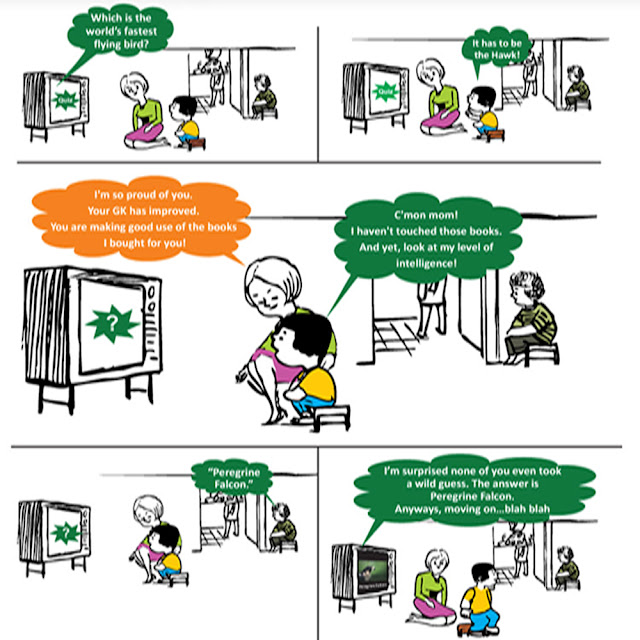 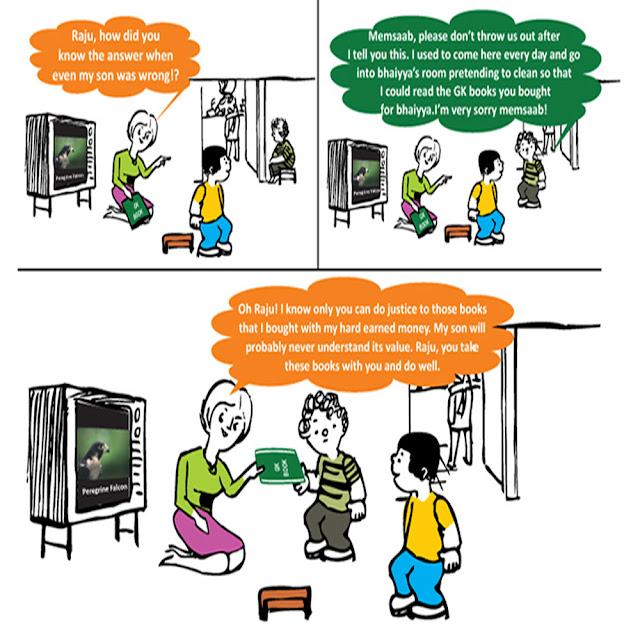 You never know how many such Raju’s are there around you. We at Aashayein Foundation are on a mission-“The Bookshelf” to help such underprivileged children who need nothing more than your assistance.

If you do have old and unused stuff such as Novels, Comics & Story books, Encyclopedia’s & Educational books for school children, Educational / Nursery Rhyme CDs etc., please be generous enough to donate them.
You have nothing to lose, but you might have just given those kids a new life!

Aim:
To collect these materials & Build a library to government schools & child support homes, through this program.

One of the most awaited programmes of the year, BMKS was flagged off at Government Lower Primary School, Ramabai Nagar amongst the presence of enthusiastic and zealous volunteers along with a bunch of inquisitive kids. 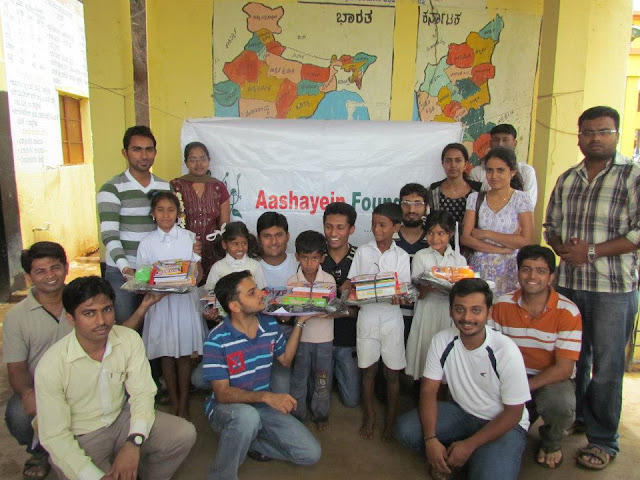 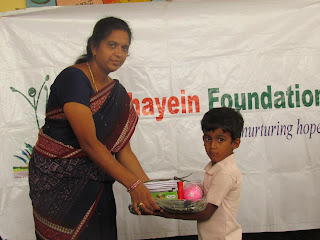 BACHHE MANN KE SACHHE is an initiative by Aashayein Foundation, Mysore in which we identify (through survey) children with good potential who come from a very weak financial background so much so that they are not in a position to afford education.

These identified children are then admitted to government or government aided schools and are provided with all the things, from books and stationary to uniforms. 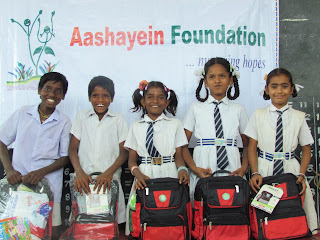 Also, it is made sure that these children pursue their education till the 10th grade. A systematic record will be maintained and the children will be monitored regularly on the basis of their performance and need.

As part of BMKS, 5 children who were identified in the Government Lower Primary School, Ramabai Nagar were given the “BMKS kit” which contained a pair of uniform, couple of notebooks, geometry box, puzzles and brain teasers and water bottle, all in a bag…
Subsequently, we conducted BMKS on the 25th at two more schools; Govt. H.P.S , Srirampura and Govt. L.P.S, Parasayana Hundi, Mysore where 5 chosen children from each of them were given the BMKS Kit. 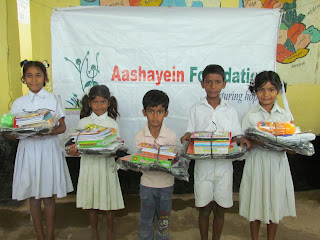 This programme is being planned to be launched on a larger scale, i.e. to spread to many more schools. Since this is a sponsored programme, anyone interested can approach any one of the volunteers mentioned below.
We do hope to find ourselves contacting a lot of people and we also hope to find more and more volunteers willing to give a hand. 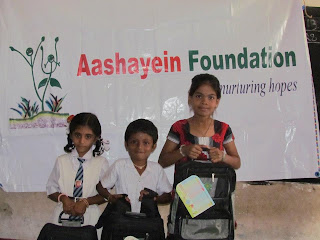 Do remember, your one dinner in a posh restaurant could be a child’s education for one whole year!!